Japanese Calligraphy (shodo: “the way of writing”) is the art of writing beautifully. Most children learn calligraphy in elementary school. It is a popular hobby among adults, too.

This style of writing kanji, however, is rarely used in everyday life. Instead, there are two faster styles of writing, in which the kanjibecome a little bit less legible, just like when writing Roman letters in a fast way. These two styles are called semi cursive (gyosho) and cursive (sosho). 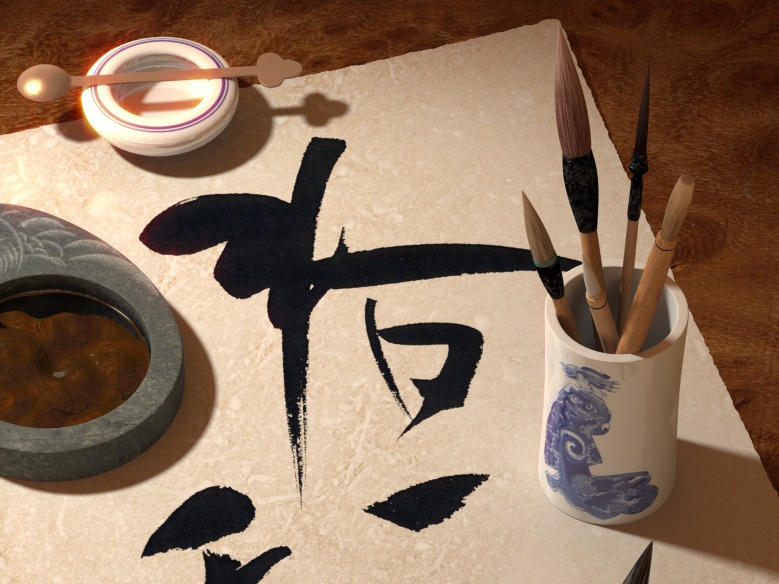